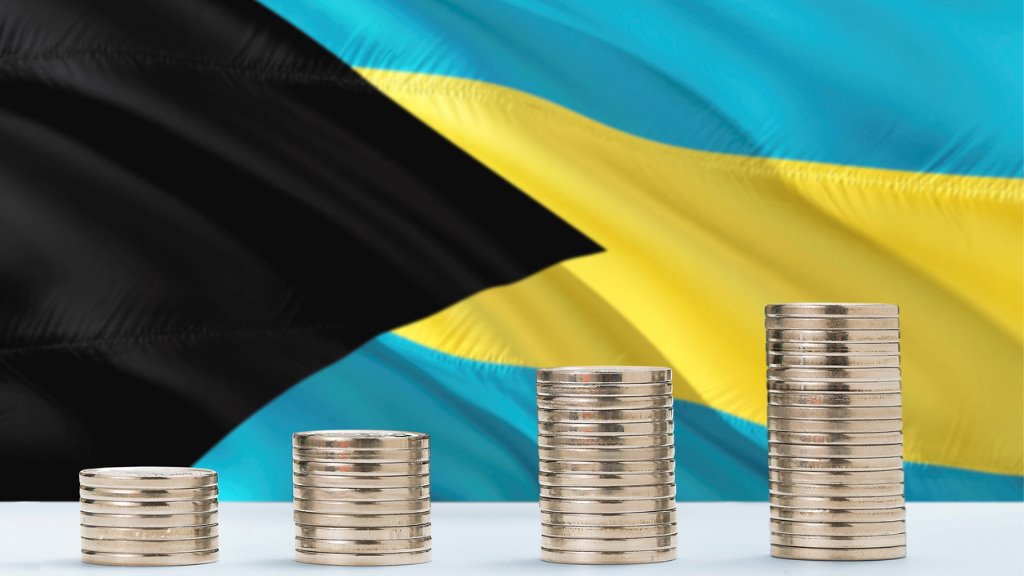 Central Bank of the Bahamas (CBB) Governor John Rolle says the local economy continues to recover from the contraction imposed by the coronavirus (COVID-19), adding that this reflects the strong rebound in tourism and the support continued foreign investment which includes healthy demand for high-end residential real estate.

Regarding the economic outlook, Rolle said the economy is expected to grow at a healthy pace of at least 5% in 2022 and gains are also expected in 2023, continuing to reflect a rebound from COVID-19.

“In this environment, it is important to continue laying the foundations for sustained and strengthened growth, especially beyond the recovery phase of COVID-19. This would impact how quickly the unemployment rate falls below pre-COVD levels and how quickly government finances improve.

He said that in the meantime, the various initiatives of the Central Bank remained focused on strengthening the domestic financial sector‘s short-to-medium term support for economic activity.

“This includes a new push for the adoption of Bahamas digital currency, specifically to impact inclusion and efficiency in underserved communities in the Family Islands. We also anticipate progress with the proposed Rolling Collateral Registry, which would help facilitate access to credit for business purposes.

“The pursuit of exchange control reform remains in the mix, continuing to emphasize aspects of policies that affect the ease of doing business and long-term investments. Given the downside risks to the economy, policy changes targeting portfolio investment and liquid financial flows continue to require a very gradual approach, as these would have a more immediate impact on our ability to sustain currency peg,” Rolle added.

The Central Bank Governor said investments in residential real estate and commercial tourism developments are providing continued support to the construction sector. Along with the recovery of the economy, the outlook for public finances has also steadily improved.

But Rolle said the country continues to experience rising inflation, a knock-on effect of rising prices for imported fuel and other goods.

“The recovery is largely driven by a return to pre-pandemic tourism levels. In this respect, there is room for additional gains, due to the previously unmet pent-up travel demand, especially during the first year of the pandemic.

“The recovery in tourism has been accompanied by both a rebound in visitor volumes and a steady increase in average stopover accommodation prices. In addition, the performance of the vacation rental market remains solid, with significant advantages for the Family Islands.

Rolle said tourism momentum continues, despite other challenges in the international economic environment, which are expected to discourage some travel.

He said these headwinds should reduce, but not eliminate, the total economic gains recorded, at least until the end of 2023.

“At this point, most of the recovery from COVID-19 is likely to be complete, leaving other external factors to become more dominant in influencing travel industry trends.

The CBB Governor said that in 2022, foreign exchange markets resumed a more entrenched seasonal pattern of positive net inflows via the private sector.

“During the first half of the year, commercial banks reported a 50% increase in their total foreign exchange purchases from the private sector. The system also saw a one-third increase in local demand for foreign currency, primarily to pay for imported goods and services.

“Net of this use, the private sector contributed more than half of the net foreign exchange which was therefore retained by the Central Bank in the first 6 months of 2022, and which contributed to the sharp increase in external reserves.”

“In contrast, government transactions had explained more than four-fifths of a much lower reserve accumulation that occurred in the first half of 2021. At the end of June, reserves were estimated at $3.2 billion, and at From At the beginning of August, balances were still around these same levels. “

Rolle said that for the rest of this year, a normal seasonal contraction in reserves is expected. However, sales are still expected to end the year higher than at the end of 2021.

“The increase in foreign reserve holdings and the positive short-term outlook for these balances leave the banking system well positioned to sustainably accommodate greater domestic credit expansion. Thus positioned, the system is able to respond to the both the projected net borrowing needs of the public sector and the increase in lending to the private sector.”

Rolle said so far, however, lending to the private sector has remained subdued, still reflecting limited opportunities for banks to extend credit to potential new borrowers, given the heightened risks that persist in the environment. .

He said that where creditworthy borrowers exist, the Central Bank is looking at what additional flexibility banks could get, while continuing to observe prudent limits on the debt burden borrowers take on.

The central bank governor said that while the lending environment remains risky, the average rate of default or non-performing loans now appears to have peaked since the most stressful times of the pandemic. It has declined at a steady and gradual pace since the start of 2022. “Nevertheless, the Central Bank continues to target a significant reduction in the non-performing loan rate, below pre-pandemic levels. Even then, these averages were considered too high to support a healthier lending environment for the private sector.