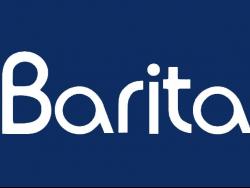 The stock price of brokerage firm Barita Investments Limited climbed to $ 102.70 on Tuesday after the successful closing of its supplemental public offering (APO).

The offer raised $ 10.78 billion in capital for the company.

This is the first time that the company’s shares have crossed the $ 100 mark.

The invitation, opened on September 6, 2021 and closed on September 21, 2021, was oversubscribed, receiving more than 3,000 applications from existing shareholders.

Another reservation of 18.75 million shares made for existing shareholders and clients of Barita was also fully utilized while the remaining 12.5 million went to the general investing public.

The funds raised will be used by the company to complete its investment portfolio, which includes the acquisition of stakes in private companies, the granting of private loans and the taking of positions in infrastructure and alternative investments.

Some of the money will also be used to fund the company’s local and regional expansion and further expand its investment banking underwriting capacity after settling transaction costs of $ 200 million.

The brokerage firm will use $ 4.1 billion of the proceeds to expand its local and regional footprint, $ 4 billion to its major investment portfolios and $ 1.6 billion to further expand its underwriting capacity from investment bank and its expansion in the region.

â€œThis capital increase will allow us to seek new investments for the benefit of the entire country and the Caribbean region. With a larger capital base, we have been further strengthened to undertake development projects and fuel the growth of all our investors and stakeholders, â€Barita’s spokesperson said in a press release on Tuesday.