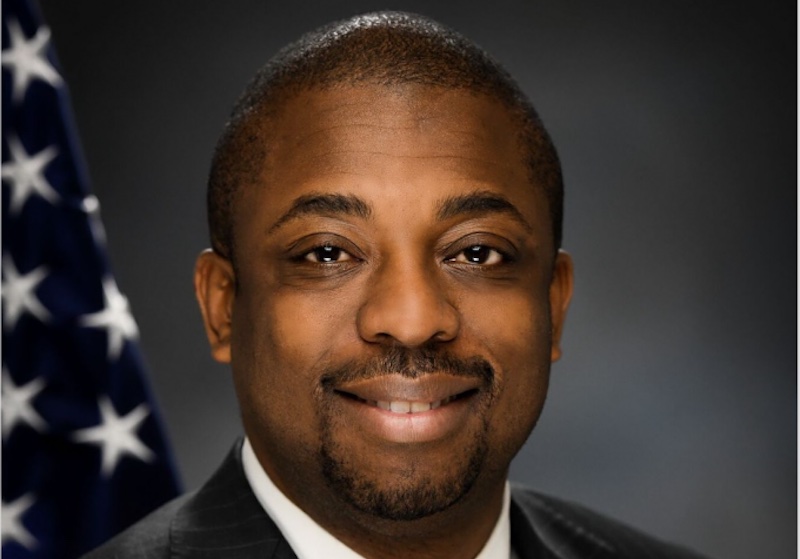 Brian Benjamin, New York State Senator of Jamaican descent, was sworn in as Lieutenant Governor of the State

In New York state, Brian Benjamin, 44, who was previously a state senator for District 30, which includes Harlem, East Harlem and the Upper East Side of Manhattan, was sworn in as the new lieutenant. Governor of New York. Less than a month ago, Governor Kathy Hochul announced that he had been selected for the post. Benjamin, the son of a Jamaican father and Guyanese mother, pledged to do everything possible to ensure that troubled and neglected people who live on the fringes of society are represented in government and that “l ‘Fairness, accountability and good practical decision-making’ govern the actions of government. He thanked the Governor for having trusted him and for having had the chance to serve the State.

During Benjamin’s swearing-in ceremony, Governor Hochul said he understands what it is like to work hard and strive for success in life and who is now returning to his community to help him go. forward. The governor added that Benjamin’s story is the American Dream, which involves how a person who starts with small hikes is successful. She also noted that her service would help some 20 million New Yorkers, which she called an “extraordinary responsibility” that Benjamin is well positioned to shoulder.

Benjamin and Governor Hochul are used to working together on key issues, including tackling the opioid epidemic, improving drug rehab programs, supporting minority and women-owned businesses, and facilitating of the vote of New Yorkers. Hochul also called on Benjamin to help tackle the COVID-19 outbreak, particularly ensuring that tenants, small landlords and workers have the help they need to overcome the struggles imposed by the coronavirus.

As the child of Caribbean immigrants, Benjamin plans to build on his heritage as well as his background in investment banking and politics to help New Yorkers. He was born in Harlem, and although his parents did not go to college, they found well-paying union jobs that allowed them to support Benjamin and his siblings in a middle-class environment. He graduated from high school in New York City, followed by an undergraduate degree in public policy from Brown University. He also holds an MBA from Harvard Business School.

Benjamin worked for three years at Morgan Stanley in investment banking and financial management, as an advisor to not-for-profit and for-profit organizations. He also worked in the division which issued and subscribed to bonds. He returned to Harlem to build affordable housing and has successfully created over 1,000 affordable and environmentally sustainable housing units while helping young people develop skills and secure good construction jobs through programs communities for young people. He was chairman of Community Board 10 and the Land Use Committee, where he worked to preserve the character and affordability of the Harlem community.

Benjamin won a seat on New York City Council in 2017, then ran and won a seat to represent District 30 in the state senate. In the Senate, he became a leader in criminal justice reform and affordable housing efforts, and in 2018 he was successful in convincing the state’s public pension funds to divest from private prisons. . In 2019, he introduced legislation prohibiting state-chartered banks from such investments, helping to pressure Bank of America to end its relationship with Geo Group and Core Civic. He was also instrumental in the struggle for police reform in New York City.