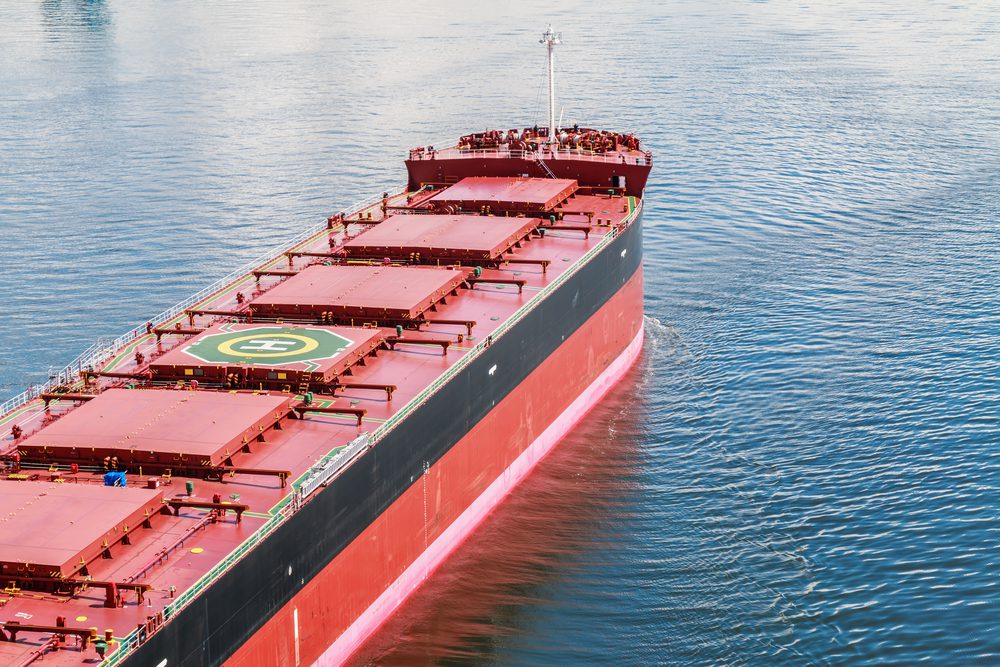 Australian authorities have arrested four crew members of the Cyprus-registered bulk carrier Kypros Bravery after seizing 416 kilograms of cocaine, or approximately 917 pounds, which the accused allegedly unloaded at sea.

The amount is the largest illicit drug haul ever confiscated in South Australia, worth an estimated AU$166 million.

The investigation was led by the Australian Federal Police (AFP) with assistance from the Australian Border Force (ABF), South Australian Police (SAPOL), Australian Criminal Intelligence Commission (ACIC) and the Department of Home Affair.

Police allege crew members of the Kypros Bravery dumped the drug shipment overboard once in South Australian waters in mid-March.

The ship was searched by Australian Border Force officers after docking in Port Adelaide on March 17, according to Australian Border Force Acting Chief Superintendent Alex Kelsall. “During the search, ABF officers found evidence that led them to believe the vessel had potentially been involved in the spilling of a significant quantity of drugs at sea,” Kelsall said.

A thorough search of the area found around 400kg of cocaine “a substantial distance” offshore and the drugs were towed to shore.

The four men, aged 29 to 44, could face life imprisonment after being charged with importing a commercial quantity of border-controlled drugs, namely cocaine. Further arrests are possible as the investigation continues.

“Although the alleged importation of cocaine is the largest ever detected by law enforcement in South Australia, it is entirely certain that the drugs would have been transported to other Australian states,” told AFP Assistant Commissioner Peter Harvey.

“Today we are sending a loud and clear message to organized crime. We will not stop. We are coming after you,” he said.