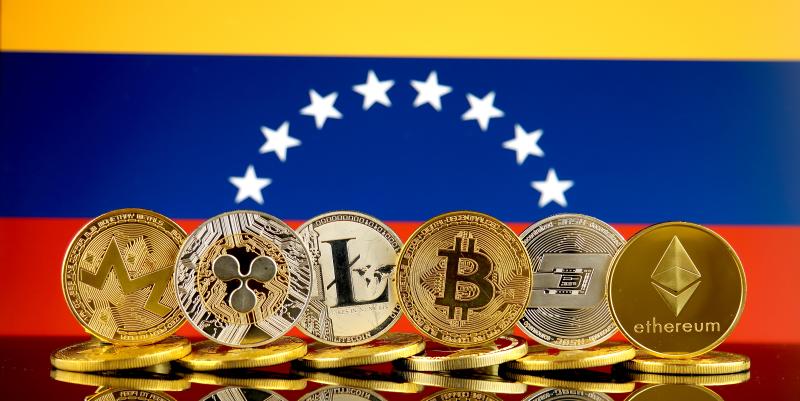 MÃ©rida, August 23, 2021 (venezuelanalysis.com) – The Chainanalysis Global Crypto Adoption Index report for 2021 has shown Venezuela to lead Latin America in the use of cryptocurrency and blockchain.

Venezuela ranks seventh in the global index, ahead of the major regional economies of Argentina, Colombia and Brazil, as well as the most populous powers of the United States, China and Russia. The Caribbean country has fallen four places since 2020, while Latin America as a continent only follows Asia and Africa in the index.

The ranking takes into account the value on the chain and the retail value received, as well as the volume of peer-to-peer (P2P) exchanges.

In April of this year, Chainanalysis ranked Venezuela fifth in the world for the most visits to cryptocurrency exchange platforms, while in January the country was tenth in crypto mining. currency despite ongoing power shortages hampering operations.

More than 1,700 Venezuelan retail stores or businesses now accept cryptocurrencies for goods and services according to economist Aaron Olmos. More recently, cable TV provider SimpleTV and Turpial Airways, which serves Mexico, Panama and the Dominican Republic, as well as domestic routes, announced that they accept crypto-payments.

Cryptocurrencies have also gained ground in traditional academic institutions. Last week, the Private Catholic University AndrÃ©s Bello in Caracas announced that it is expected to offer a compulsory blockchain and cryptocurrency course to students from October, with other institutions to follow suit.

Digital currencies have also flourished in the country’s large remittance sector, with the government allowing transfers in Bitcoin, Litecoin and Petros last November with a 10% commission. Large remittances from Venezuela’s five million-strong diaspora community are also sent through alternative digital channels, including Zelle and Ethereum.

To boost the use of crypto, Caracas revamped its apps and trading platforms for its oil-backed Petro cryptocurrency this year, while further encouraging banks to offer loans and credits in the currency. The Petro saw an increase in value in 2021, dropping in value from $ 16 in January to over $ 50 at the time of writing.

The Petro was launched by the government in 2018 as part of efforts to bypass Washington’s “illegal” and “devastating” financial blockade, which limits the country’s access to global bank and credit lines and hampers international payments. of goods and services.

However, the currency failed to gain traction beyond government contracts, bonuses from public employees, debt restructuring, and international trade deals with allies. It was added to Washington’s sanctions list just days after its launch. A number of US-based cryptocurrency exchanges, including Paxful, have also pulled out of trading with Venezuela over fears of the US Treasury’s measures.

However, the Petro is finally entering the economy at large, according to grocery store owner Gionaldo LÃ³pez. â€œPeople have kept the Petro bonus that the government gave them two or three years ago and started to come and spend it with us. It’s very profitable, and there are now more suppliers who also accept Petros as a payment method, â€he explained. The Venezuelan cryptocurrency is also said to be increasingly used in gas pumps at the price of the dollar.

Cryptocurrency mining and speculation has also gained popularity among Venezuelans as a way to supplement disastrous local currency wages with hard currency income, as well as shield savings from ongoing inflation. .

â€œMany prefer to keep cryptocurrencies and wait for them to rise in value and then sell and generate money through price speculation,â€ Olmos continued.

For his part, economist and former minister Luis Salas told Venezuelanalysis that the increase in cryptocurrency penetration was to be expected given the country’s economic reality.

â€œIt is not strange that many people seek to generate savings reserves to protect themselves against inflation, especially given the [economic] situation in Venezuela where the [paper] currency loses value as fast as it does, â€he explained.

Likewise, the country has recently seen an increase in P2P payment methods, as de facto dollarization combined with limited dollar supply and local currency salaries often complicates simple purchases. A number of companies are increasingly accepting cryptocurrencies and other P2P alternatives, such as Zelle or Paypal, as a means of payment for goods or services.

The Venezuelan government is also promoting digital payment platforms with its third currency conversion scheduled for October. During the conversion, a new â€œdigital bolivarâ€ currency will drop six zeros from the current â€œstrong bolivarâ€. This move would be accompanied by a number of other measures aimed at boosting digital transactions, such as modernizing bank payment systems and platforms.