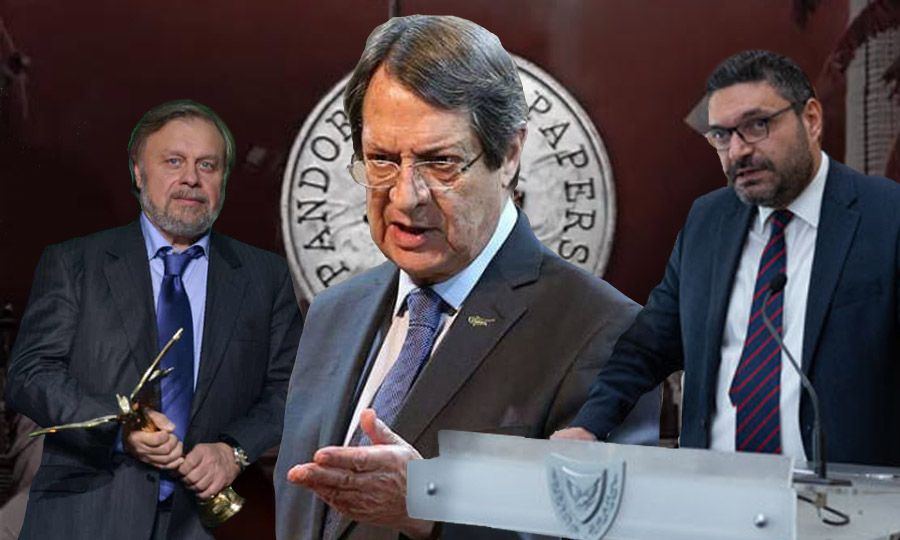 The Cypriot finance ministry said a European Parliament resolution on the Pandora papers and subsequent criticism from the local opposition overshadowed the amount of good work that has been done on the island against illegal activities, as some parties are calling the president to resign.

In a press release issued on Friday, the finance ministry said that political party statements and local media references following a Pandora Papers resolution “essentially diminish any action that has been taken over the course of the year. recent years against income from illegal activities and the financing of terrorism. as well as the authorities responsible for monitoring them.

On Thursday, an offensive resolution approved by the European Parliament singled out Cypriot President Nicos Anastasiades and other leaders mentioned in the Pandora Papers, calling on Member States to conduct thorough investigations into alleged wrongdoing as well as to close loopholes in offshore transactions.

The ministry then listed several measures taken between 2013 and 2015 aimed at strengthening the legislation as well as more recent actions, such as the crackdown on shell companies in the banking sector.

Earlier this year, Energy Minister Natasa Pilides called on Cypriot companies to embark on a new registration and updating effort real information on the beneficiaries of the companies, claiming that a new digital registry can increase transparency on the island.

“They essentially reduce all measures taken in recent years against income from illegal activities and the financing of terrorism as well as the authorities responsible for controlling them.”

Experts say the registry, a requirement of the European Union’s anti-money laundering regulations, could be a game-changer for Cyprus, with the aim of shedding its old ways where secrecy was seen as a magnet for those who concealed wealth and assets.

But Cypriot government officials seem to get the message about brass plate companies attracted by competitive tax rates.

The ministry went on to say that in February 2019, in an effort to mitigate risks in the banking sector, the Central Bank of Cyprus issued guidelines banning business relationships between financial institutions and shell companies that have no presence or activity in the country, with exceptions only for low risk companies.

â€œThe current system of the Republic of Cyprus against income from illegal activities and the financing of terrorism has been assessed positively on several occasions by the MONEYVAL monitoring body of the Council of Europe,â€ said the Ministry of Finance.

Some parties call on Anastasiades to resign

But the political opposition accuses Anastasiades of giving Cyprus a bad reputation despite recent government efforts.

Left-wing AKEL parties and the Greens called on Anastasiades to step down, with the Communist Party citing a “long list of conflicts of interest weighing on the president over the years” while environmentalists accused the government of downplaying the issue.

The company also appears in the Pandora Papers as having been accused of filing false information with Alcogal, a Panamanian offshore company brokerage who reported to authorities suspicion that it was done to hide the assets of a controversial Russian billionaire.

The Cypriot president, who says he left the company before becoming president, denied any wrongdoing in statements he made immediately after the revelations.

But the central opposition party DIKO criticized Anastasiades for not acting proactively in the interest of the country.

“The resolution includes a specific reference to President Anastasiades because the family law firm with the name ‘Nicos Anastasiades’ is included in these revealing documents regarding professional misconduct,” said DIKO MEP Costas Mavrides.

Other small nationalist ELAM and socialist EDEK parties have called for an investigation.

But the ruling conservative party DISY hit back at the opposition, saying critics of Anastasiades were taking the plunge “at a time when even the authors of the document were not implicating the President of the Republic in such cases, which was also highlighted in a statement from the European People’s Party.

“Not only are we against any political attempt by the opposition that puts everything together to hurt the president, but it also goes against the decision of the European Parliament both in the spirit and the letter of the presumption of ‘a particular fact included in the resolution,’ a DISY release mentioned.

Disy: Akel, not us, gave citizenship to a man linked to Pandora Papers