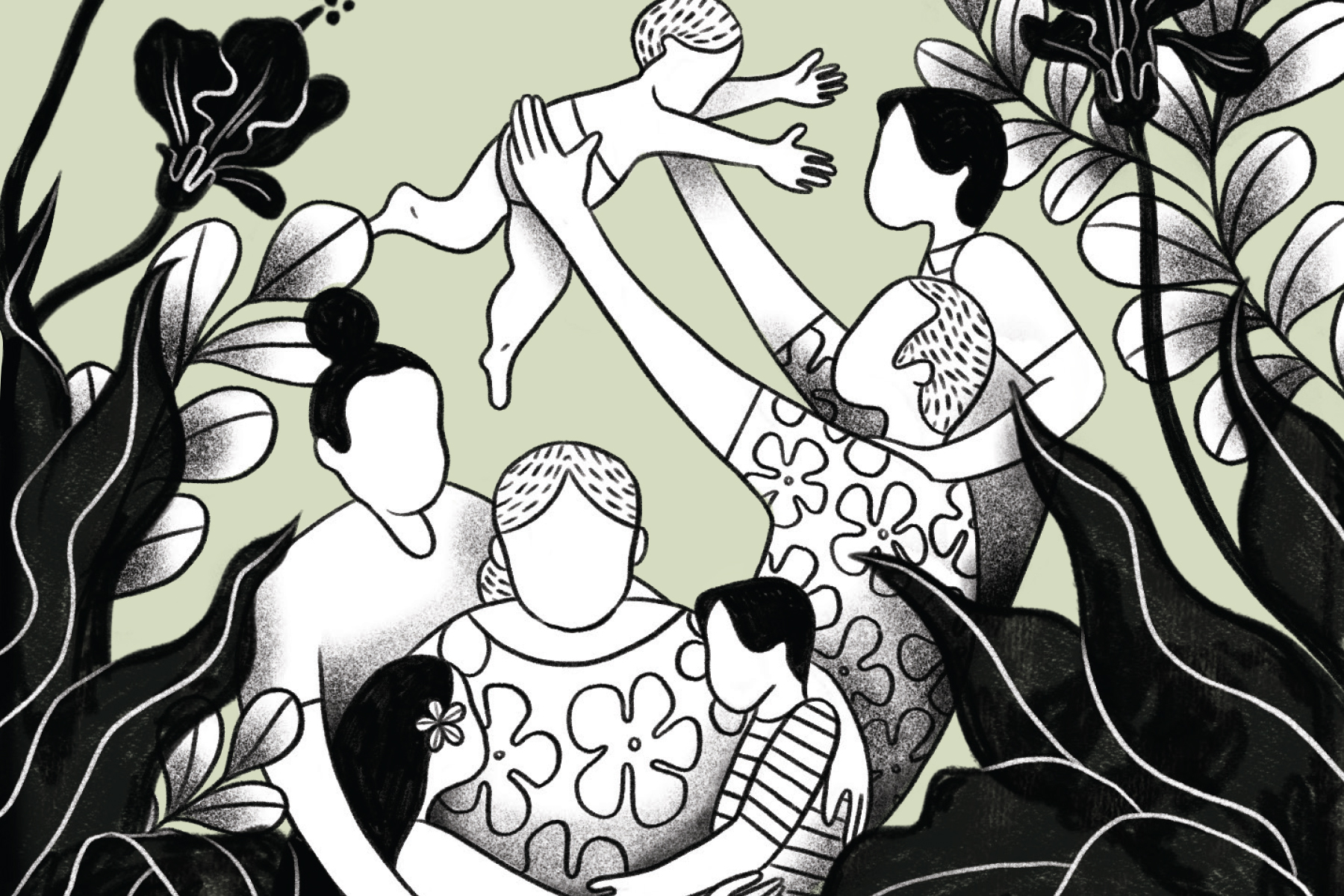 Dos and Don’ts of Using Grandparents for Child Care

Lessons learned from grandparents and parents on how to navigate these relationships.

Several of the working parents we interviewed say their relationships with their parents and in-laws improved when older parents helped with their keiki. But parents caution against taking the help of older parents lightly and recognizing the compromises grandparents have to make in providing that care. Here’s what they learned while navigating these relationships.

Make sure the grandparent has everything they need to watch your child. David “Kawika” Mattos, a grandfather of six, says it includes everything from diapers and formula, to clothes and medicine, so grandparents don’t have to look for them later. . After all, maybe it had been a while since grandparents had to think about everything babies needed.

Joanne Niwa, a grandmother of six, adds that parents should also tell the caregiver if the child has a food allergy or is having problems with something. And if the child causes problems for her grandmother, grandmother should let the parents know so that everyone is on the same page.

Show your appreciation. Kaua’i chief Winnie Littlejohn said she tried to pay her in-laws for looking after her 6-year-old son while she was at work. However, they never took the money, so she buys them food that they enjoy as a token of appreciation.

Give grandparents a break, especially if they live with you. The mother of four, Leilani Tuitele, says she and her husband try to take the children with them and give their parents as much alone time as possible. Her parents never complain about watching them, but she understands that they also need time to rest and relax.

“I think recharging is important and making sure they take time for themselves,” she says. “Because I feel bad. It’s supposed to be their retirement. They are supposed to travel so I take the time to make sure they are able to do it and not worry about the kids or myself.

Don’t micromanage grandparents. For example, the baby’s nap may be different in grandparents. If it’s more convenient for grandparents, it should be fine, says Starla Takahara, first-time mom. “Of course we can set healthy boundaries,” she says. “I recognize him. But it’s not like nitpicking what they’re doing because at that point it will seem like you’re not grateful.

Don’t always assume they’ll be available to watch over your child, says Mattos, because grandparents have a life. “Don’t assume that’s their role; appreciate this role.

Don’t take their help for granted. “I was really lucky,” says Littlejohn. “I know it’s not that easy for everyone. That’s right: Show constant appreciation. Never take advantage of it. She says her in-laws have “gone out of their way” to make sure their grandson is well taken care of.

Less than half of black entrepreneurs trust banks