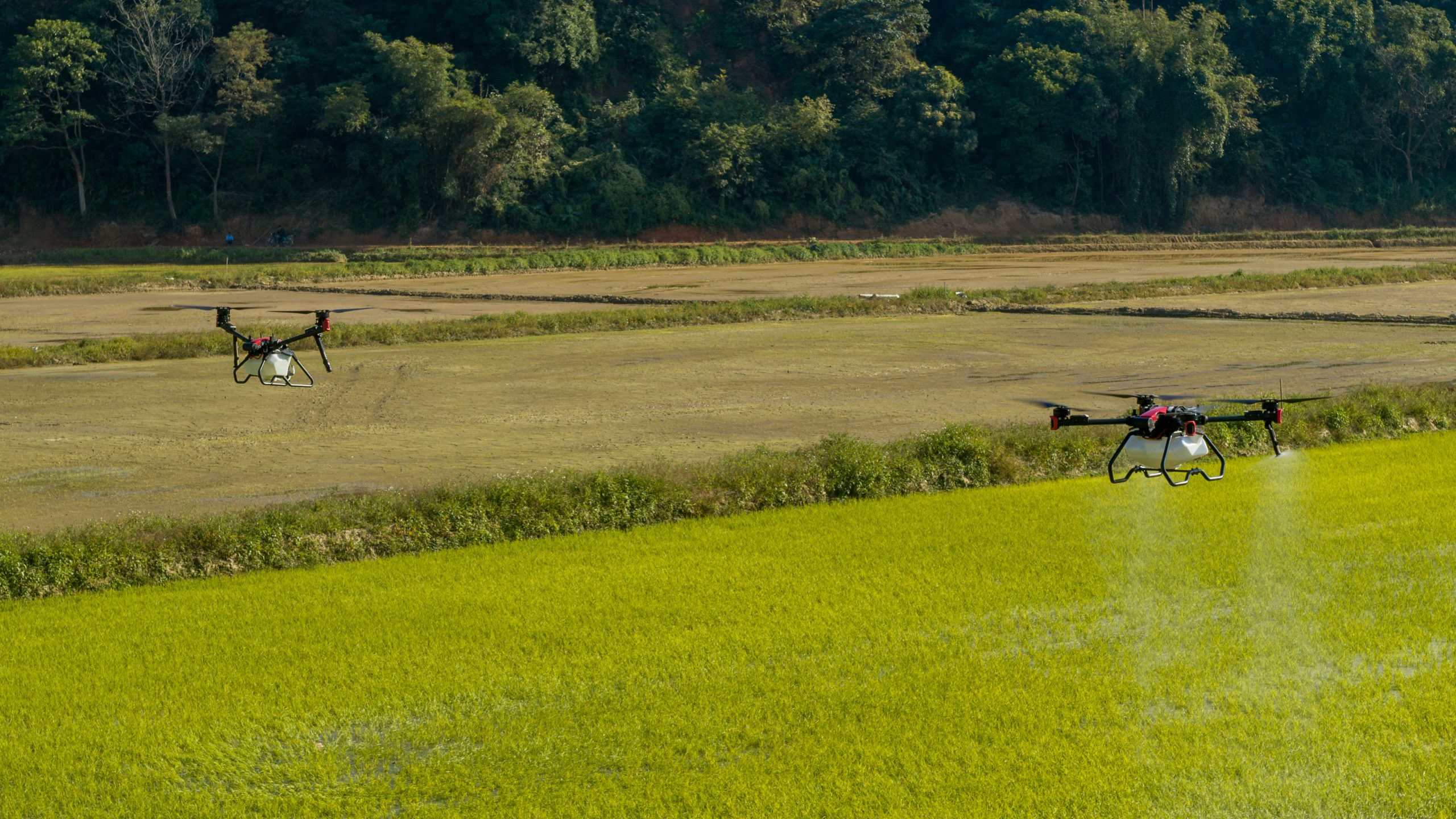 Drones can take agriculture to another level. But Hawaii is lagging behind

Coffee growers and livestock herders take to the skies to monitor their crops and animals, using drones not only to spray fertilizers, herbicides and pesticides on their plants, but also to assess their health and even locate stray livestock. .

The technology has been identified as a viable alternative to many labor-intensive processes on farmland, capable of doing everything from controlling weeds to helping farmers predict seasonal crop yields and the plant health.

But Hawaii is lagging behind in implementing the technology, which agriculture proponents and insiders say could help alleviate many of the problems farmers face across the state. The costs of purchasing and operating drones, despite their increasing accessibility, prevent the state from fully investing.

The Kona coffee grower says among board members — who represent the macadamia, coffee, papaya and floriculture industries — there’s a lot of interest from a labor perspective work, but it is still a “new” technology for farmers.

High labor costs and availability of labor are considered among the biggest obstacles for farmers in Hawaii. Given inflation, supply chain issues and the high cost of fuel, proponents say drones could be a long-term solution.

According to Shriner, who is also president of the Kona Coffee Farmers Association, there are only three or four coffee farms that regularly use drones in her area due to cost and interest. A 2019 U.S. Department of Agriculture survey found 182 drones were in use across Hawaii’s agricultural sector, but another 872 were wanted.

Drone Services Hawaii, which began in 2014, has a long list of clients in environmental engineering and services, damage assessment, and thermal imaging. But farming remains a small part of his job, according to owner Mike Elliot.

The global drone services market is expected to reach $63.6 billion by 2025, according to Business Insider, and part of that industry is agriculture.

In 2019, Elliot performed drone services for Dole in Hawaii, as part of a University of Hawaii study that basically probed the fruits of a pineapple farm to see which ones bloomed – a key process for quality control. The result was that hours of work evaluating thousands of plants were completed in seconds.

“On the agricultural side, there’s so much going on and has been done,” Elliot said. “It really helps farmers become proactive rather than reactive.”

Kauai Coffee’s general manager, Fred Cowell, foresees technologies such as drones, which he has been using since 2017, as the future of technologically integrated agriculture.

Cowell acknowledges that technologies like drones, whether airborne or ground-based, could also fundamentally change the way people interact with farms.

The concept of the “Internet of Things” – whereby physical and technological objects, such as phones and watches, interact with each other – will grow to a point where it will become the “Internet of the Farm” where technology sensory exchanges information, says Cowell.

“We’re not really going to have farm workers per se,” Cowell said. “We are going to have agricultural technicians, depending on the type of work they do.”

The University of Hawaii Hilo recognized the promise of commercial drone use in 2018, when it signed on to launch its aeronautical science program. Perhaps not as high-profile as his commercial pilot track was a stream of commercial aerial information technology and an unmanned aircraft systems certificate.

Both of these courses would prepare students to operate, maintain and innovate, as well as interpret data for business purposes, but the course is not currently accepting students due to a lack of staff.

According to Vice Chancellor for Academic Affairs Kristen Roney, the course is awaiting a potential infusion of $190,000 from the state this year to hire two full-time, tenure-eligible instructors.

So far, the first cohort has yet to graduate, but all signs point to a pilot-focused cohort as students choose their majors in the penultimate year of study.

“Although it’s limited now, it’s one of the areas where I can see significant future growth,” Roney said.

This is not only applicable to agriculture. The technology can be used in conservation work, marine science with the inclusion of submersible drones, geology and engineering, she said.

“The island’s geography and range of climatic zones provide such incredibly diverse conditions and – again – disciplinary application that it’s hard to imagine a better place to learn to control and apply technology,” said Roney said.

While the staff will keep the program afloat and help it prove itself for the future, additional investments are needed for the program to thrive, according to Bruce Mathews, dean of the College of Agriculture, Forestry and Land Management. natural resources.

The $190,000 prospective appropriation of the program pales in comparison to programs that have been launched nationwide, as the level of investment in similar subjects in the continental United States is in the millions of dollars, appropriated by state governments or other foundations.

“There really isn’t any money to support what’s needed in terms of UAS robotics,” Mathews said. “We don’t have drones with anything other than small cameras.”

And if the runway for pilots will soon benefit from flight simulators, received as part of a state grant, there have been no similar credits for unmanned aircraft. The first step is faculty who can prove the value of the course, Roney says.

“We want students to have all the benefits they deserve, and what we invest will certainly have a huge effect on future enrollments,” Roney said.

Elliot of Drone Services Hawaii says drones have been underutilized across the state — perhaps with the exception of the military — and have been viewed as “toys” rather than specialized equipment.

Such equipment comes at a high price, which Elliot says hovers around $50,000. And while that price makes it totally unaffordable for Hawaii’s roughly 4,000 farms earning less than $10,000 a year, proponents envision collective, cooperative agreements being made by small farmers to collect data on multiple farms to that time.

Given the technicality of the work and the know-how required, Shriner of the Synergistic Hawaii Agriculture Council says contracted drone services could also be the future, as they require no investment or maintenance for the farmer.

“The idea of ​​having to fix a drone that accidentally hit a tree is absolutely out of my comfort zone,” Shriner said.

Head of TTMA: Many benefits to be gained from TT-Guyana trade | Local News