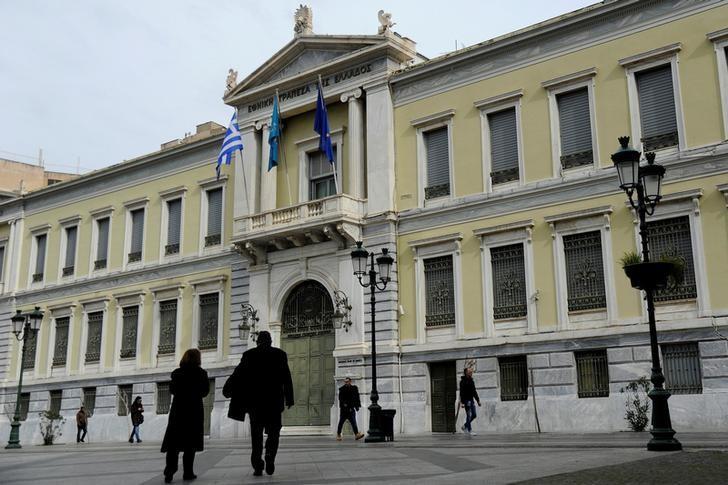 ATHENS (Reuters) – Greece’s central bank is considering setting up a “bad bank” to deal with bad debts weighing on its banking sector which are likely to rise following the fallout from COVID-19, said she said Thursday.

The magnitude of the increase in NPLs could not be predicted, he said in a report released twice a year, but said tackling the problem was a priority.

“The Bank of Greece is dealing with a specific proposal for the implementation of a vehicle to comprehensively deal with problematic assets (Asset Management Company – AMC) for Greek banks,” he said.

“Dealing with a large pool of NPLs, which depending on macroeconomic developments will increase, is a priority,” the bank said.

Greece’s central bank governor Yannis Stournaras previously said the country would need additional tools, and a bad bank to contain the burden of non-performing loans could be an option.

Greek banks already have a tool, the Hercules Asset Protection Scheme (HAPS) which was put in place last year to help them get rid of up to € 30 billion in bad debts.

Similar to the Italian GACS model, the program offloads debt by consolidating bad debts into asset-backed securities that can be sold to investors.

Credit Card Use Rises Amid Inflation, But That’s Not a ‘Red Flag’

Should I take out a personal loan to invest?