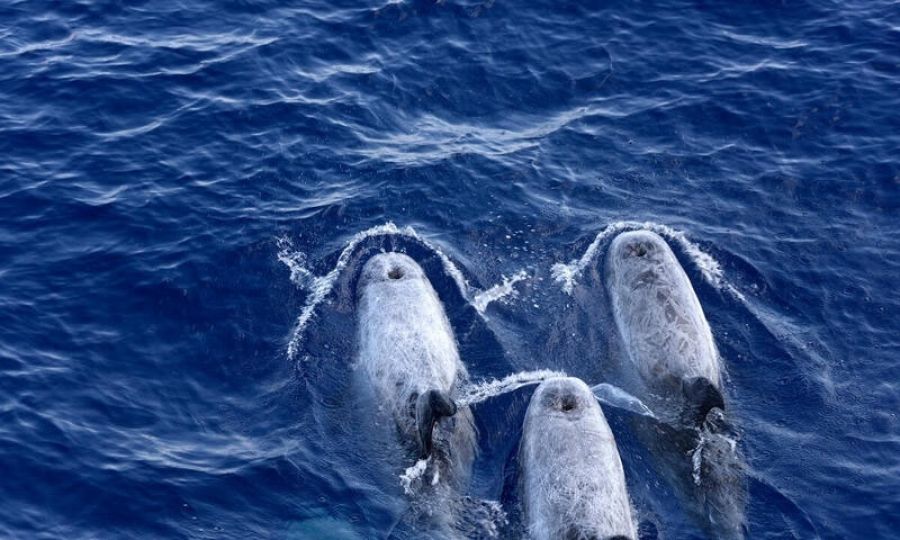 Greenpeace on Wednesday renewed its calls against the deep-sea oil and gas exploration project in southwest Greece, warning of “unbearable” consequences for endangered Mediterranean whales and dolphins.

Greenpeace Greece official Kostis Grimanis said the project should be scrapped before “it starts destroying the Mediterranean”.

The call came as the environmental group published new research on marine mammal populations in parts of the Hellenic Trench, miles deep, including areas that would be affected by prospecting.

The three-week summer project, in cooperation with the Athens-based Pelagos Cetacean Research Institute, detected 35 endangered sperm whales and dozens of dolphins – some threatened – at depths of up to 4 200 meters (13,800 feet).

Greenpeace said sound-sensitive cetaceans – whales and dolphins – would be threatened by the deafening sound blasts used in underwater prospecting. The Greek authorities retort that strict environmental guarantees will be observed.

In 2019, Greece granted exploration rights to two blocks of seabed in the south and southwest of the island of Crete to a consortium of energy companies TotalEnergies and ExxonMobil with the Greek Hellenic Petroleum. Environmentalists protested at the time, also highlighting the potential risk of spills from deep-water drilling. The survey has not yet started, and it is not known when it will – although the concession says it must be in winter, to reduce the impact of cetacean breeding seasons.

“And for what? To continue burning oil and gas, one of the dirtiest and most expensive sources of energy, when the climate crisis demands that we urgently move away from it.”

The Hellenic Trench comprises the deepest waters of the Mediterranean, at 5,267 meters (17,300 feet) and is a vital habitat for the few hundred sea whales, and for other cetaceans already threatened by fishing, the collisions with ships and plastic pollution.

These mammals are particularly sensitive to underwater noise produced by seismic surveys for fossil fuels, in which sound waves bounce off the seabed to locate potential deposits. Sonar used by warships has been shown to have lethal effects on whales, and experts say seismic studies can do the same.

Greece hopes to increase revenues and achieve greater energy security from offshore oil and gas, and the issue of submarine exploitation rights has further plagued relations with neighboring Turkey which claims much of the eastern Mediterranean. .

“Any new investment in the falsely advertised ‘good’ fossil gas will in a few years become a stranded asset with disastrous consequences for the economy … and the country’s natural resources,” he said.