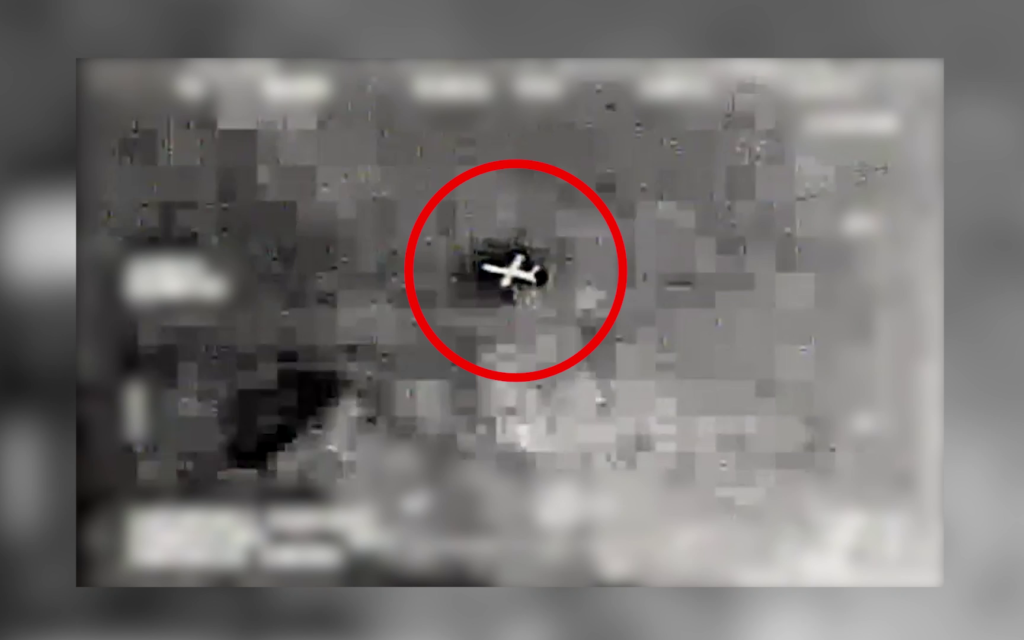 The Israel Defense Forces said on Saturday it had successfully intercepted three drones piloted by the Lebanese terror group Hezbollah heading for the Karish gas field off Israel’s Mediterranean coast.

Tensions have risen at the site in recent weeks, after a gas production vessel arrived in Israel to launch extraction operations in the offshore field, prompting condemnation from Lebanon, which had claimed parts of it. Israel claims Karish is part of its UN-recognized Exclusive Economic Zone.

One of the Hezbollah planes was shot down by an F16 fighter jet, and the other two by Barak 8 missiles launched from the Corvette Saar 5 Class INS Eilat, the army said in a statement.

Saturday’s incident marked the first operational interception of a drone by Barak 8 missiles from a navy vessel.

The drones were intercepted “at a safe distance” from the drilling platform, according to defense officials.

Hezbollah leader Hassan Nasrallah recently threatened Israel over plans to extract gas from the disputed offshore reserve, saying his organization was capable of preventing such action, including by force.

But the military said a preliminary investigation showed the drones posed no “real threat” at any time during their flight, indicating they were unarmed and were instead being used for surveillance purposes. surveillance or to prove that they had the capacity.

The terror group later confirmed that it had launched the three unarmed drones, saying they were intended to carry out a “reconnaissance mission” in the area.

Hezbollah added that the mission was successfully accomplished and “a message has been delivered”.

The IDF said the drones were “identified at an early stage and monitored throughout their flight by air traffic control units” and “intercepted at the most appropriate operational point”.

“You have permission, get the drone out now,” a senior officer at the Navy’s operational headquarters is heard saying over the phone, in a video released by the IDF.

Defense Minister Benny Gantz responded to the incident, saying Israel was “ready to defend its infrastructure against any threat.”

“The Hezbollah terrorist organization is undermining the ability of the Lebanese state to reach a maritime border agreement that is essential to Lebanon’s economy and citizens,” he said in a statement released by his office. .

“Israel will continue to protect its assets and considers itself obligated and entitled to act and respond to any attempt to harm it,” he added.

Lebanon and Israel – which have no diplomatic relations and consider each other to be enemy states – have been engaged in US-brokered indirect talks for nearly two years to resolve a maritime border dispute.

Talks on the ground have been frozen since last year, after Lebanon tried to push its claim to the area Israel claims as its own. Last month, the Biden administration said recent meetings between its energy envoy and Israeli and Lebanese officials had resulted in progress.

Israel and Lebanon have no diplomatic relations and are technically at war. They each claim around 860 square kilometers (330 square miles) of the Mediterranean Sea as part of their exclusive economic zones.

Both Israel and Lebanon have economic interests in the territory, which contains lucrative natural gas. Lebanon, which has been facing an economic crisis since late 2019, sees resources as a potential way out of its current situation.

Also last month, the IDF held a major military exercise in Cyprus, simulating a ground offensive into the heart of Lebanon in a potential war against Iran-backed Hezbollah.

The terror group has long been a significant adversary for the IDF, with an arsenal estimated at nearly 150,000 rockets and missiles that can reach anywhere in Israel.

Supporting The Times of Israel is not a transaction for an online service, like subscribing to Netflix. The ToI Community is for people like you who care about a common good: to ensure that balanced and responsible coverage of Israel continues to be freely available to millions of people around the world.

Of course, we’ll remove all ads from your page and you’ll have access to great community-only content. But your support gives you something deeper than that: the pride of joining something that really matters.

Join the Times of Israel community Join our community Already a member? Log in to stop seeing this

You are a dedicated reader

We’re really glad you read X Articles from The Times of Israel over the past month.

That’s why we started The Times of Israel ten years ago – to provide discerning readers like you with must-read coverage of Israel and the Jewish world.

So now we have a request. Unlike other media, we don’t have a paywall in place. But since the journalism we do is expensive, we invite readers to whom The Times of Israel has become important to support our work by joining The Times of Israel community.

For just $6 a month, you can help support our quality journalism while benefiting from The Times of Israel WITHOUT ADVERTISINGas well as access Exclusive content only available to members of the Times of Israel community.

Thanks,
David Horovitz, founding editor of The Times of Israel