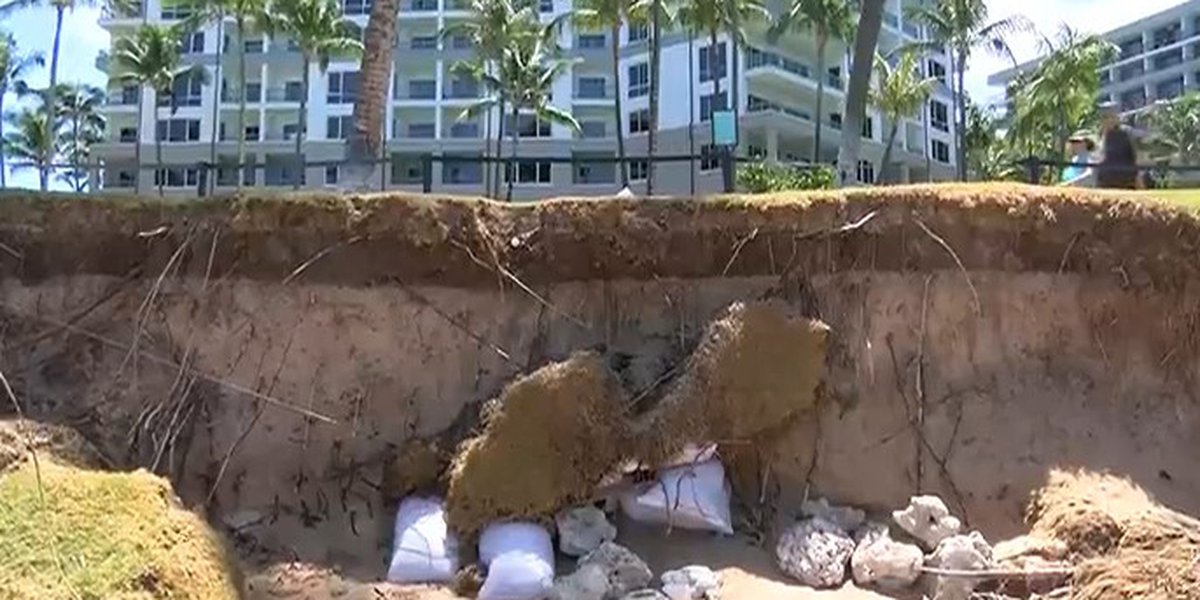 KAANAPALI (HawaiiNewsNow) — Rising sea levels and erosion are causing a painful debate on Maui between protecting the beach and protecting the dignity of Hawaiian ancestors.

Last week, a visitor came across ancestral skeletal remains on a public beach near the Maui Ocean Club at the Marriott in West Maui.

“On La Hoihoi Ea on July 31, iwi kupuna were found here,” said Tiare Lawrence, a Native Hawaiian attorney. “A skull, arms, right here behind us. So if there is one, there are more.

Hoihoi Ea, also known as Sovereignty Restoration Day, is a national holiday of the ancient Hawaiian kingdom and is still commemorated by Native Hawaiians in Hawaii.

“The fact that our kupuna were dug up that day says a lot. It gives me chicken skin,” Lawrence said.

“I really felt like it was the ancestors coming forward and really calling for attention in this area,” Nishiki said.

The iwi were covered with a blue tarpaulin and transported to a safe place.

Hotel managers said the Department of Lands and Natural Resources was investigating.

The Kaanapali area is experiencing severe erosion and a plan is in place to address this issue.

The Kaanapali Beach Restoration Project plans to transport approximately 75,000 cubic meters of sand. This is almost equivalent to the size of 23 Olympic swimming pools.

However, Lawrence and Nishiki say it’s a short-term fix.

“Calling it a Kaanapali Sand Revitalization Project, which would allow them to pump huge amounts of sand off Puu Kekaa, bring it on a barge further up the beach, and then pump it onto the beach” , Lawrence said. “But we know Waikiki does that, they go there every year, it doesn’t work.”

“We are spending millions of taxpayer dollars,” Nishiki added. “We are affecting our beaches, our reef, our ability to access shore.”

The final environmental impact statement says it could cost up to $13 million.

Lawrence and Nishiki said he would rather see a dune restoration project than those working in other parts of the island.