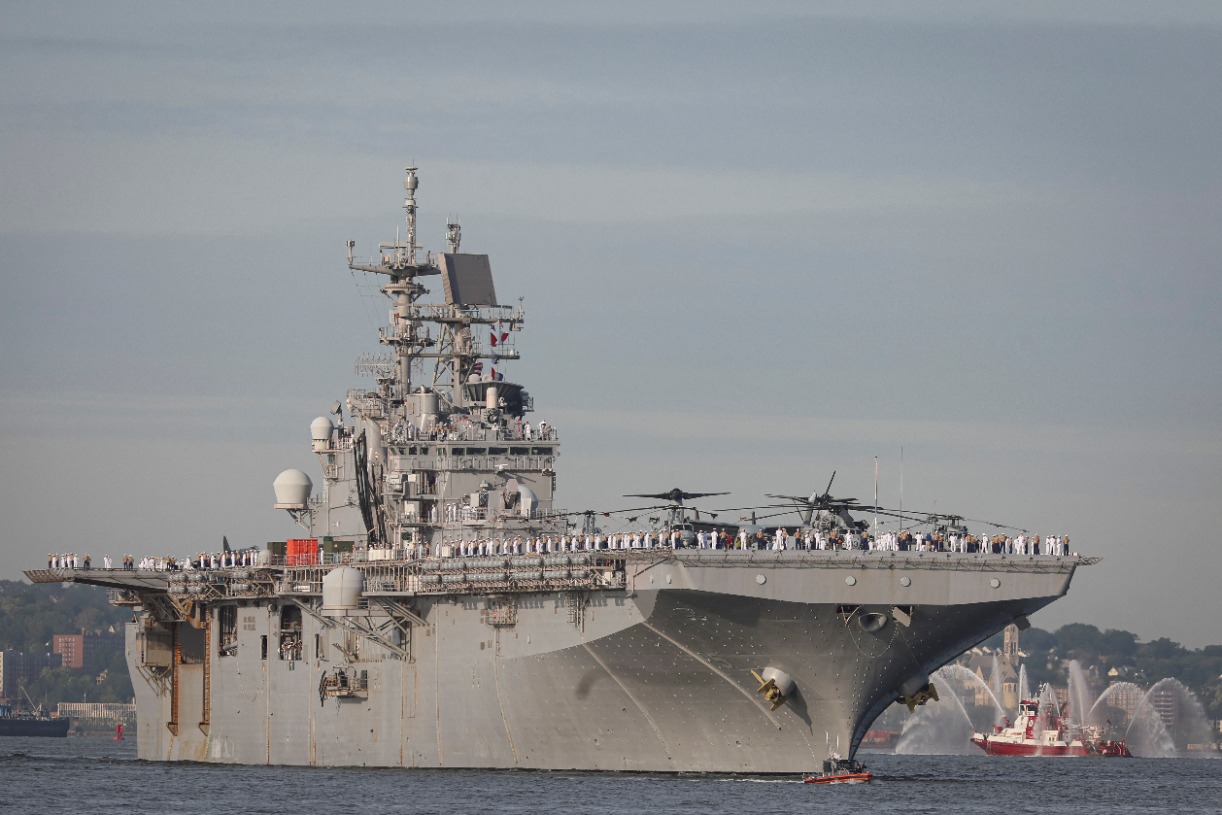 Turkey’s maritime deal with Libya’s Government of National Accord (GNA), which largely ignores Greek and Cypriot legal claims, is destabilizing the eastern Mediterranean, as are Greek actions like the militarization of the Aegean islands near the Turkish coasts. The aggressive maneuvers of the Turkish Navy have led to numerous naval incidents with Greece, Cyprus and Israel and an arms race with Greece, another NATO member.

Russia and China perceive the Eastern Mediterranean as a node of competition between great powers. Russia seeks to undermine US, EU and NATO objectives in this theatre. Russia’s soft power initiatives aim to eliminate US allies such as Greece, Cyprus and Turkey, countries susceptible to Russian offers of investment, energy and tourism dollars. These Russian efforts rely on exploiting the fissures between the eastern Mediterranean states and between them and the United States.

China’s Belt and Road Initiative is expanding in the region. As noted by Nader Habibi, Henry J. Leir Professor of Middle Eastern Economics at the Crown Center, “China has become the largest source of imports for Egypt, Israel and Lebanon, and the second for Turkey, Syria, and Jordan… As undesirable as this sustained trade deficit is for the countries of the Levant, China, for its part, is using its trade surplus to invest in the region. In addition to the political and military leverage these investments will provide to China, one concern is that technologies developed with or by China could provide backdoor access to US state secrets and give China the ability to hack into American cyber systems. Another concern is with Eastern Mediterranean states using Chinese payment systems instead of the US dollar.

Russia’s maritime doctrine of 2022 places the Mediterranean at the top of its priorities, allowing the use of military force to achieve national security objectives. The document also indicates that Russian law supersedes international law in the region. A large contingent of Russian warships operating from the Russian naval base in Tartous, Syria poses a threat to NATO’s southern flank – to NATO members Greece, Turkey, the Italy and Europe as a whole. Russian President Vladimir Putin expands Tartus base capabilities as the United States pulls away from the region. In June 2022, Putin sent a message to the United States in Syria when his fighter jets attacked the al-Tanf garrison, where hundreds of American soldiers are stationed. Russian planes have also “threatened” their American counterparts recently in Syria. Finally, Russia has just sent a nuclear submarine to the Mediterranean to deter NATO forces and provide external defense for its operations in the Black Sea. These escalations could lead to offshore disputes.

America has not been inactive or invisible in the Eastern Mediterranean. The United States recently signed an amended bilateral defense agreement with Greece. The United States also has a naval presence in Souda Bay in Crete and Greece, and the Sixth Fleet is stationed in Italy. America has also created soft power agreements that promote cooperation and collaboration. One of these agreements is the regional energy forum called the Eastern Mediterranean Gas Forum. Forum members include Israel, Greece, Italy, the Palestinian Authority, Jordan and Cyprus. The United States and the EU retain observer status, as does the World Bank Group. A second grouping is a regional defense network called the 3+1 initiative. This initiative includes Greece, Israel and Cyprus, with the United States as +1.

Notably, the Biden administration is currently negotiating a maritime border dispute between Israel and Lebanon — countries like Turkey and Cyprus have no diplomatic relations and need outside-led arbitration. Despite the efforts of malign actors such as the terrorist entity Hezbollah, US-led mediation appears likely to succeed.

The United States has various tools to bring order to the eastern Mediterranean and arm it against Russian and Chinese efforts to supplant the United States as the region’s primary power broker. The right combination of diplomacy, military assistance, and economic investment will reaffirm America’s leadership position in this geostrategic space. Here are four recommendations for the United States.

First, the United States must arbitrate the maritime disputes between Turkey and Greece and Turkey and Cyprus. Direct bilateral negotiations between Greece and Turkey have stalled indefinitely, weakening NATO and the West, as troops and resources are diverted to defend rather than deter adversaries like Russia. The chaos caused by this offshore conflict makes it the most pressing problem in the Eastern Mediterranean, and its resolution is therefore of paramount importance. US-sponsored talks would strengthen regional ties and prevent opportunities for Russia and China.

Second, increase the American military position in the eastern Mediterranean. A more visible US military presence would restore confidence in allies rightly shaken by the war in Ukraine and restore red lines and deterrence in the face of a cornered Putin. The current posture of US forces is insufficient to address the threat matrix and provide strategic clarity to our friends and foes. Deterrence can be restored in low-cost, high-impact ways by introducing permanent U.S. naval assets to Greece and more ships on rotation, more vigorously exploring security cooperation with Cyprus, patrolling eastern Mediterranean and escorting Allied convoys through those waters more effectively. routine fashion.

The 3+1 format could be expanded to create new 2 or 3+1s which would be a first step towards integrating Turkey into a common defense framework. For example, the United States could put its feet on fire from Turkish President Recep Erdogan over his ostensible re-establishment of ties with Israel and Egypt by proposing a 3+1 initiative including Israel, Egypt and Turkey.

Third, increase political pressure to limit China’s influence and boost trade and investment in the Eastern Mediterranean. China is investing heavily in the Eastern Mediterranean, particularly in energy infrastructure, transport, manufacturing and export, as well as communications and technology development. To challenge China’s growing influence, the United States should exert diplomatic pressure on regional allies, but also urge them to work with the United States rather than China. The United States would have to find trade opportunities and targeted investments that would be mutually beneficial, limiting China’s ability to make economic breakthroughs that could turn into deeper political and military ties with traditional American allies.

Fourth, find new areas of potential cooperation between regional partners regarding food, climate change and water scarcity. There is a precedent for the establishment of a consortium along these lines. The I2U2 group is a forum comprising India, Israel, the United Arab Emirates and the United States. The group’s first joint statement, released on July 14, 2022, says the countries aim to cooperate on “joint investments and new initiatives in water, energy, transport, space, health and food safety”. Creating an Eastern Mediterranean version of the 12U2 group would forestall China and Russia and provide the United States with another manifestation of soft power in the region.

Nicholas Saidel, JD, MA, is the associate director of the Institute for Strategic Threat Analysis & Response (ISTAR) at the University of Pennsylvania.