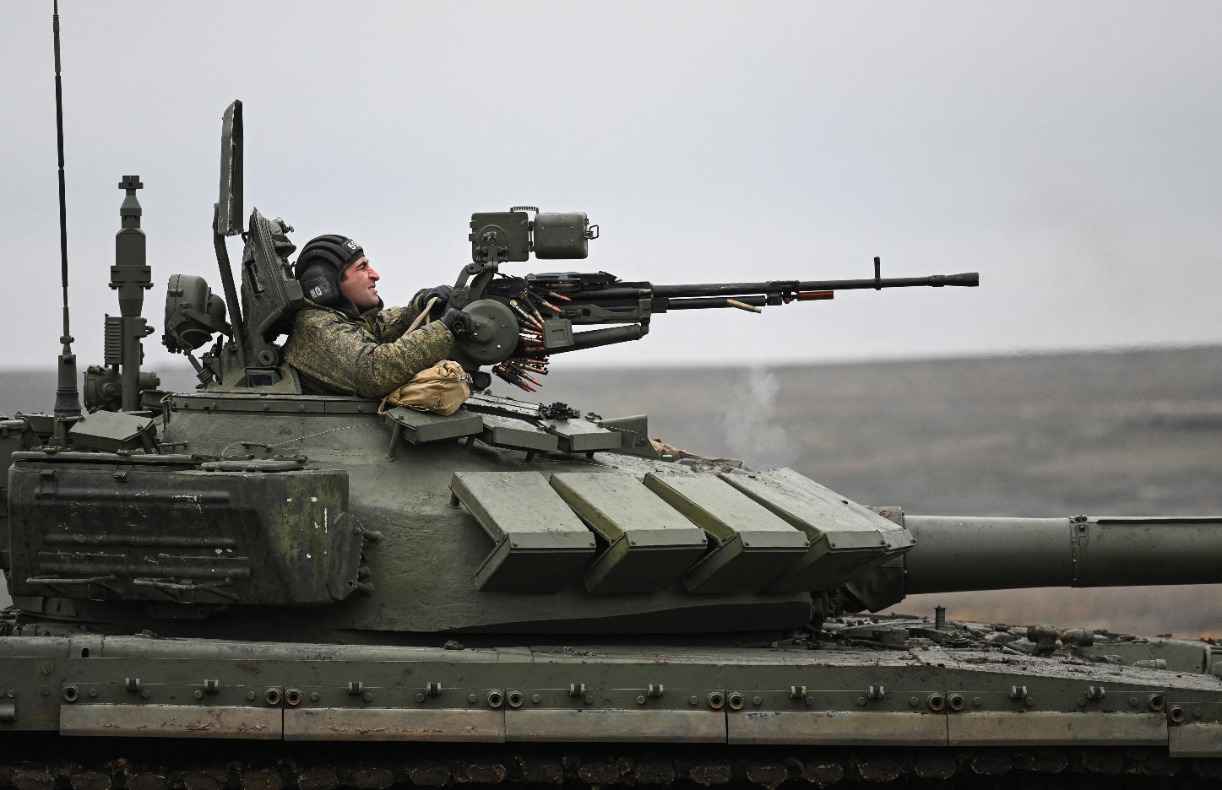 To avoid conflagration in Europe, US must boost Ukraine

Russia uses tensions with Ukraine as threat while deploying “Putin’s Ultimatum”, a list of demands that includes the 1997 demilitarization of Eastern Europe beyond NATO borders and guarantees that Ukraine and Georgia will never be members of NATO. These demands appear to protect Moscow, but if accepted they can lead to the abandonment of the former Soviet states by the West and recreate an exclusive Russian sphere of influence from the Black Sea and the Baltic Sea to the Pacific. This is unacceptable and must be rejected.

After the December 7 teleconference between Presidents Joe Biden and Vladimir Putin, Russia refused to demobilize its military forces capable of invading and occupying Ukraine. By intentionally escalating the conflict, Putin appears determined to exercise his Brezhnev-era training and repeat the Soviet invasions of the 1950s-60s in Hungary and Czechoslovakia.

It is up to Ukraine, its European friends and the United States to prevent Putin’s aggression by building defensive military strength and national resilience. The West, led by the United States, has already given massive aid to Ukraine. Since 2014, the EU and its financial institutions have mobilized more than $ 19 billion in grants and loans to support reforms.

Since 2014, the International Monetary Fund (IMF), also led by the United States, has approved $ 17 billion in aid to Kiev; and in 2020, the IMF approved a $ 5 billion eighteen-month standby agreement for Ukraine to help the country cope with the Covid-19 pandemic. Due to conditionality related to good governance and corruption, far from all international aid funds have been disbursed.

In addition, the United States has committed more than $ 2.5 billion in military aid since 2014. There are increasing calls from Capitol Hill to increase US military aid to Ukraine. The Senate this month passed the National Defense Authorization Act. It includes $ 300 million for the Ukraine Security Assistance Initiative, which provides support to the Ukrainian armed forces.

However, Ukrainian military preparation and internal cohesion are insufficient to prevent possible Russian aggression. Unlike countries which have built a territorial defense with massive trained and well-equipped reserves, such as Finland, Israel, Sweden and Switzerland; Ukraine relies mainly on the regular army and volunteer battalions, totaling less than 200,000 troops. But with reservations, Ukraine could mobilize more than 600,000 troops, making the price of war for Russia unacceptably high.

Ukraine also suffers from linguistic and cultural divisions between the pro-European West, and the East and South which are often bilingual Russian / Ukrainian. The turf war between political and business elites, and between some of them and President Volodymyr Zelensky, weakens national resolve. Even with his law degree and his skills as a TV actor / producer, Zelensky cannot solve all of Ukraine’s problems without national and international support. While the oligarchs often overstep the red lines of good governance, the time has come for unity in the face of a possible Russian invasion.

A person above all others undermines Zelensky’s national and international credibility and the West’s faith in Ukraine’s long-term future. Zelensky’s closest tycoon is his former business partner and owner of 1 + 1 TV channel Ihor Kolomoisky. On the eve of the 2019 election, Kolomoisky’s channel provided Zelensky with a powerful spokesperson who was crucial to his rise to the presidency. According to the Pandora Papers, Zelensky received multi-million dollar payments from the 1 + 1 channel into offshore accounts despite campaign promises to root out corruption.

U.S. media alleged at the time that the FBI was investigating Kolomoisky for possible financial crimes, including money laundering. In response, his lawyer, Michael Sullivan, claimed his client was innocent.

US prosecutors claim that the two men embezzled billions and obtained fraudulent loans and lines of credit until the scheme was discovered, and the bank was nationalized by the National Bank of Ukraine in 2016. According to the Financial Time, PrivatBank, which is now owned by the Ukrainian state, filed a lawsuit in Cypriot courts in 2020 seeking damages of $ 5.5 billion due to suspected fraud and money laundering which, according to the bank, were perpetrated by its former owners, Kolomoisky and Boholiubov. These legal proceedings bring the total of PrivatBank’s claims against Kolomoisky and Boholiubov in England, Cyprus, the United States and Israel to more than $ 10 billion.

Today, Kolomoisky is deeply involved in Ukrainian politics. Its allies would control the Ukrainian parliamentary faction For the Future in the Rada. The faction sometimes votes with Zelensky’s Servant of the People party. Recently, a vote on the tax code that benefited Kolomoisky’s mining interests was passed in the Rada. The final version of the bill does not include tax increases on Kolomoisky’s manganese ore. For Zelensky’s public image, it stinks of the old dictator adage: â€œTo my friends, everything; to my enemies, the law.

As the New York Times reported that Kolomoisky advocates Ukraine’s rejection of the West and the IMF and return to Russia, Zelensky’s close ties with Kolomoisky seem particularly troubling.

Zelensky pushed through the “oligarchs law” that would strip media tycoons of media ownership and accused the country’s richest man, energy tycoon Rinat Akhmetov, of plotting a coup against him. No evidence of such a move has been offered. Zelensky’s inability to properly identify his allies and adversaries in the country will continue to erode support when Ukraine needs it most.

With Ukraine’s future in jeopardy, the United States and its European allies, working together, must take Ukraine’s defense and national resilience to the next level. To do this, military reforms must create a massive reserve force, train it and prepare it to resist potential occupation. Plus, it’s time to find common ground for the executive and big business to resist, not allow, the Russian threat.

The future of NATO and US security policy in Eastern Europe; and the independence, sovereignty and territorial integrity of Ukraine and other American allies in the region are at stake. We must do our best to avoid a major conflagration in Europe.

While in the US Army Brigade in Berlin, Col. Wes Martin (retired) worked directly with the Soviet Army and later in Iraq with the Ukrainian Army. He holds a master’s degree in politics and international affairs.

Canada Retail Outlook 2022: Which Stores Are At Risk?