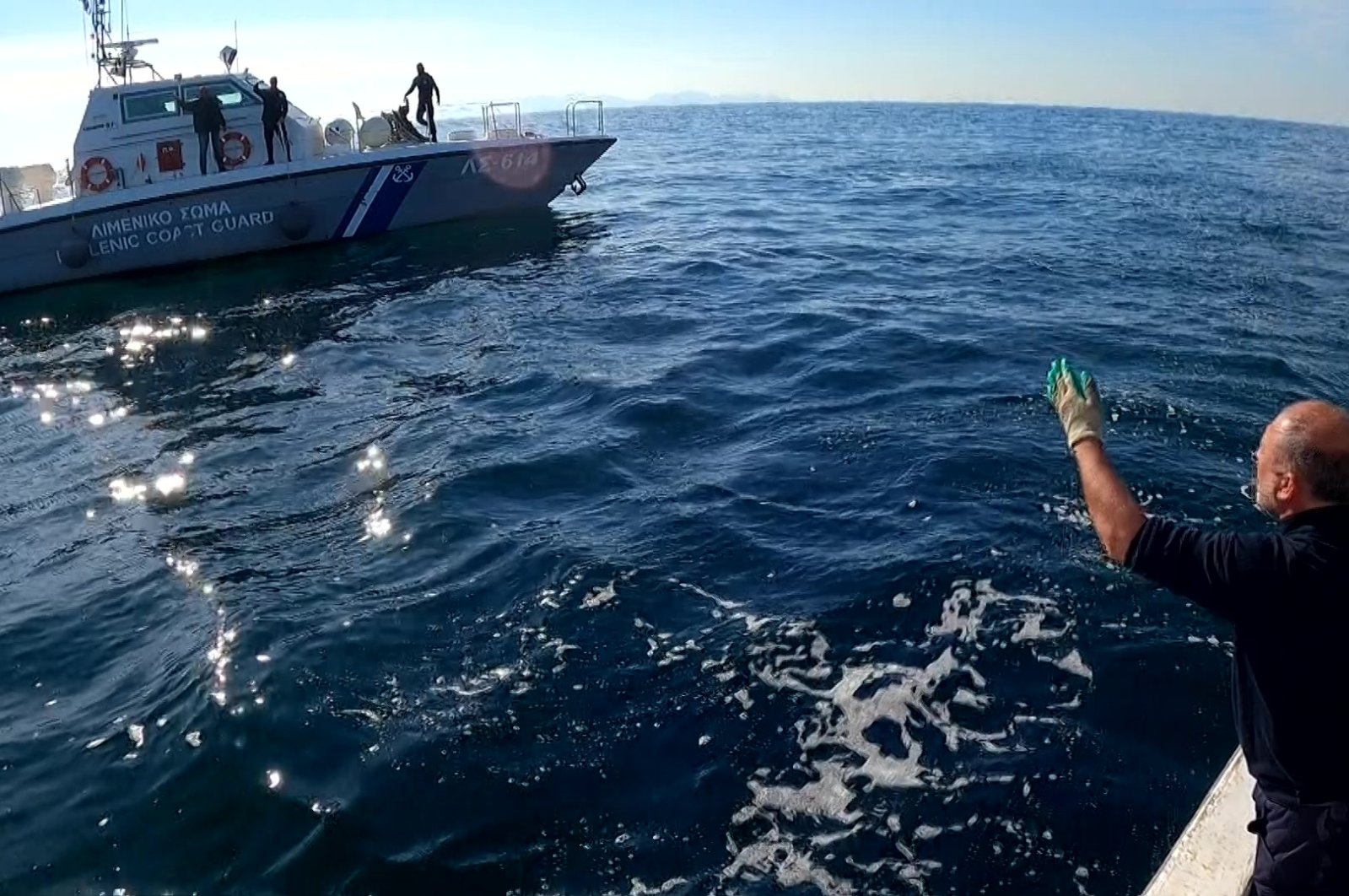 A Turkish fisherman and his crew were harassed by the Hellenic Coastguard while fishing in international waters, video recorded during the incident shows.

Ilker Özdemir said Thursday that he was fishing in international waters off the Turkish island of Gökçeada located a few kilometers from the Greek island of Samothrace.

Speaking to Anadolu Agency (AA), Özdemir said they earn their living by fishing around Gökçeada, which is off the coast of Çanakkale province in northwest Turkey, adding that ‘they were in an area known as Giraffe Cliffs, which is in international waters.

“This area is located 9.6 kilometers off the Greek island of Samothrace. It is in international waters. These are waters that we should all be using,” he said.

“The Greek Coast Guard boat approached us while we were fishing. They also came before, but we never took video. We recently started a YouTube channel and we had cameras this time. We filmed the incident. They harass us regularly. They scare us and they even pointed a gun at us in the past,” Özdemir said.

He said they immediately called the Turkish Coastguard Command and his teams responded at very short notice.

Özdemir said the Greek coastguard team that harassed them said the fishermen were in Greek waters, however, his crew also recorded the coordinates, which show the boat was indeed in international waters. .

“They threatened to shoot us, to sink our boat. But we refused to go. We fished for about two to three hours and then came back. They went back to their waters and watched us the whole time. time,” he added.

The two neighbors and NATO allies disagree on a number of issues such as competing claims over Aegean territorial waters and jurisdiction in the eastern Mediterranean, airspace, energy, the island ethnically divided Cyprus and the status of the islands of the Aegean.

Offshore Exclusive Economic Zones are agreed maritime zones between neighboring states, defining where a country has commercial rights such as the right to explore for hydrocarbons. These zones can extend up to 200 nautical miles from a coastline or, if they share the maritime zone with another State, the equidistance between the two.

But in the case of Greece and Turkey, the issue is complicated by disputes over the extent of their continental shelves and the limit of their territorial waters. The dispute has delayed any declaration by Greece to extend its territorial waters to 12 miles from 6 miles in the Aegean Sea.

Keep up to date with what is happening in Turkey, in its region and in the world.

The cost of rebuilding U.S. semiconductor manufacturing will continue to rise