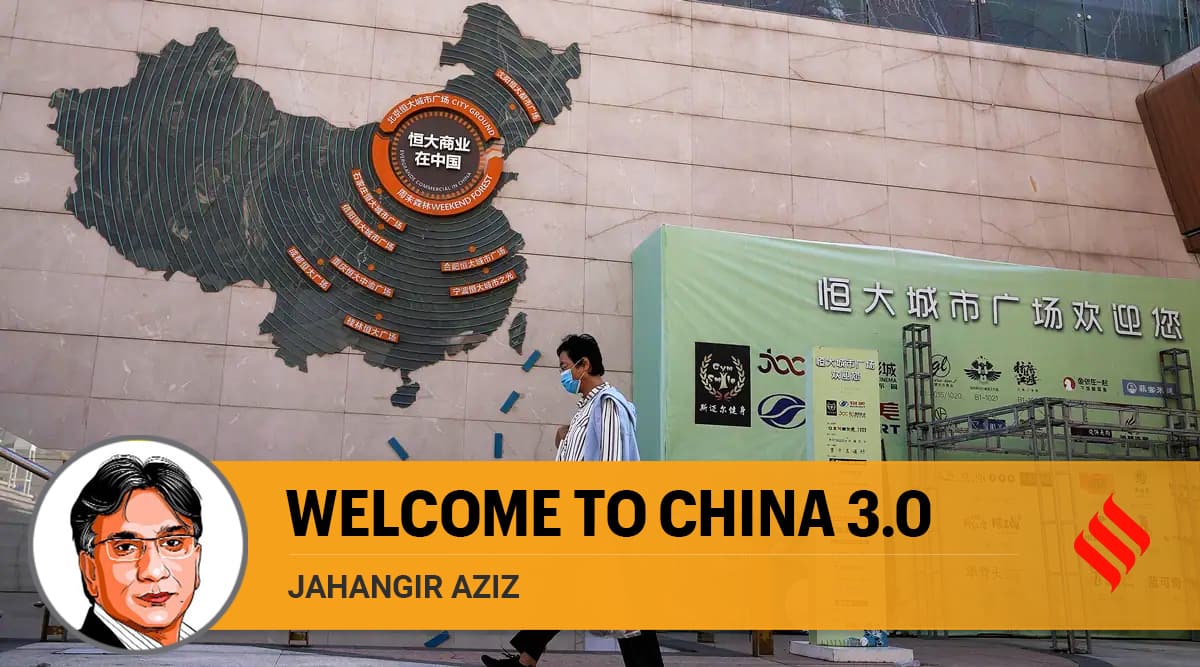 Why China decided not to save Evergrande

In evaluating the 19th Communist Party (CPC) Conference in 2017, we said it would prove to be a watershed moment for China (IE, November 3, 2017). As media and market attention focused on removing the 10-year limit for Party leadership and presidency, we considered the reiteration of the “main contradiction” facing China by the CCP. as being more important.

The notion of main contradiction is at the heart of the Party’s view of the economy, politics and society. Given the Party’s dominance, this, in turn, sets the general framework for policies at all levels of government. After the economic destruction resulting from the Cultural Revolution, the 1981 Congress under Deng Xiaoping reaffirmed the “main contradiction” as the tension “between the ever-increasing material needs of the people and backward social productivity” instead of “class struggle. between the proletariat “. and the bourgeoisie â€as identified by Mao Zedong. To resolve this contradiction, policies were changed and the economy reformed to generate and maintain an astonishing 10 percent average growth over the next three decades. But growth has also brought significant collateral damage, ranging from high leverage to severe environmental degradation. While in 2010, the central government launched a process of rebalancing the economy, progress on the ground has been slow; often bypassed by local governments still operating within the Party’s goal of focusing on growth and jobs.

To align the Party’s goals with those of all levels of government, the 2017 Congress reaffirmed the main contradiction as the tension between “unbalanced and inadequate development” and “the ever-growing need of peoples for a better life” . This radically changed the way the Party viewed China: no longer a low-income economy needing to generate millions of new jobs every year to maintain social stability, but a thriving middle-income nation aspiring to better quality of life. life. The new CCP framework, in our opinion, would have an impact as dramatic as the restatement of 1981: growth would be slowed, regulations tightened and debt limited.

This scenario has largely unfolded since 2018, despite two big shocks – heightened tensions with the United States and the pandemic. We see relatively restrictive fiscal and monetary policies; the persistent tightening of the real estate market; the re-designation of private tutorials as non-profit; the economy-wide decarbonization push; and leaving companies with weak balance sheets to default, as part of the regime change announced at the 19th Party Congress. In its latest version, policy changes are framed in terms of â€œcommon prosperityâ€ goals.

So where does the credit stress in Evergrande fit in all of this? This is another manifestation of the regime change underway, but with a big difference. The market would have taken the stress in its stride (as it has the increasing frequency of defaults over the past three years) if it was a regular real estate company or a mid-sized bank. But Evergrande is the largest real estate developer in China and among the largest in the world. Considering the size, it is not unreasonable to fear that the direct impact or financial contagion could be significant. However, these fears are exaggerated. First, although it still represents a significant part of the economy, the contribution of the real estate sector to the post-pandemic recovery has been modest. In addition, there was no expectation of a significant turnaround in this sector to support the recovery in 2022. Therefore, the impact on growth should be limited. Second, the company’s financial liabilities, while large in absolute terms, account for around 0.65% of the combined Chinese corporate and government debt (the stock of total social finance) and bank loans themselves. represent only 0.25% of total bank credit. Ties with offshore banks and financial institutions are even smaller.

That said, all is not well in the real estate industry. The balance sheets of many real estate developers have also weakened in recent years due to the policy-induced slowdown in sales and prices. Stress tests suggest that the banking sector may be called into question if default rates reach historic highs. However, Chinese banks are, on average, well provisioned and capitalized. Most importantly, the authorities are unlikely to allow a large-scale credit event to unfold. Despite China’s very high debt stock (nearly 300 percent of GDP), the government and central bank still retain sufficient leeway to ensure that such system-wide tensions are avoided.

So why haven’t the authorities intervened to prevent the collapse of Evergrande? Because failing to do so is the strongest signal yet that no business is “too big to fail” and there is no state guarantee for it. For years, investors and analysts (including multilateral institutions) have urged China to allow defaults as a means to eliminate the market’s presumption of implied state guarantees, which has obscured any meaningful distinction between a good and bad credit, leading to distorted capital allocation and loss of efficiency. While there may be short-term difficulties and even spillover effects in the wider financial system, in the medium term this â€œinactionâ€ is likely to improve credit pricing and capital efficiency.

While we expect the Chinese economy to recover over the next few quarters from likely sequential growth close to zero in Q3 (on an annual basis, growth is expected to remain above 6%), over the medium term, growth will move towards the 4-5% Range, with a significant rebalancing of growth engines, including sectoral changes, a redistribution of income to households and out of business, and a rotation towards greater consumption of services. To implement these changes, China’s policy and regulatory regime will be drastically changed. This process is already underway. And in the crosshairs are also countries with strong trade and financial ties with China. If China changes, those ties will change too. The world must prepare for China 3.0.

This column first appeared in the paper edition on September 25, 2021 under the title â€œWelcome to China 3.0â€. The author is Chief Emerging Markets Economist JP Morgan. These are his personal opinions